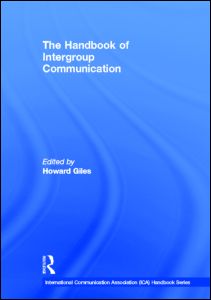 The Handbook of Intergroup Communication

People’s communicative episodes can be defined by varying degrees of interpersonal salience. The extreme of this would be an interaction influenced only by participants’ moods and personalities, and one where their social identities were virtually irrelevant (Tajfel & Turner, 1979). A bank ad, from First Direct, illustrates this individual focus of attention, playing on doubtless past employee-customer tensions: “When you talk to First Direct, you’re treated as a person … personalized with a name … not as a number.” In contrast, would be interactions where participants’ group identities—their clans, cliques, unions, generations, families, etc.—almost entirely dictate the conversational dynamics; speakers’ idiosyncratic characteristics here would be almost immaterial. Such happened in the Ivory Coast in November 2004, where there was a conflagration with the French military, and statements by locals such as the following were seemingly commonplace: “French go home!… Everyone get your Frenchmen!” Henri Tajfel had always argued (somewhat mischievously) that at least 70% of so-called interpersonal interactions were actually highly intergroup in nature (see Petronio, Ellemers, Giles, & Gallois, 1998)—this could perhaps even turn out to be an underestimate. This Handbook is devoted to studies, insights, theories, and applications in contexts where intergroup-ness is very high and regularly happens, including organizational, healthcare, and other applied settings where social groups as specialties, religions, genders and so forth play an important role in determining how people interact with each other.