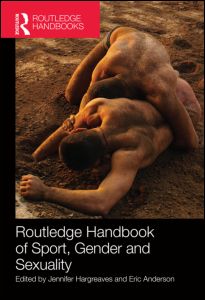 A beacon of inclusion in sport?

The Gay Games is the largest international lesbian, gay, bisexual, transgender, intersex and queer (LGBTIQ) sport and cultural event, engaging up to 15,000 athletes and cultural performers, and many more attendees, from all continents of the world. It stands out as a uniquely inclusive major sporting event with a history of proactive policies and programming in order to enable people of all ages (18 and over), abilities, sporting backgrounds, health statuses, sexuality and gender identities to participate. Inclusiveness was foundational to the Gay Games and has been elaborated upon through identity and coalition politics of host communities and Games organisers over the past quarter century. The Gay Games has also championed normalisation of LGBT peoples through the emulation of certain features of mainstream sport and the successful commercialisation of the Games. Through historical analysis of Gay Games I (San Francisco, US, 1982), IV (New York, US, 1994), V (Amsterdam, Netherlands, 1998) and VI (Sydney, Australia, 2002), I will argue that notwithstanding assimilationist tendencies, the Gay Games offer alternative, diverse, even radical and always inclusive ways of expressing sporting communities, identities and practices. 1