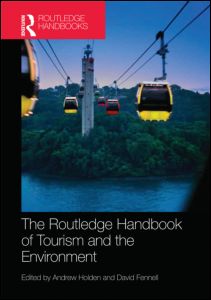 The possibilities for recovery of land and revitalisation of life

The Routledge Handbook of Tourism and the Environment

This broad aim of this chapter is to describe some of the important bonds that tie Indigenous populations to their lived environments, and to account for the role and function of tourism in both reinforcing those unities for Indigenous groups/communities themselves and in communicating those bonds and meanings for visiting non-Indigenous people. In order to cover these important psychic, symbolic, culture-sustaining matters, the chapter will be scaffolded in the following fashion:

it will open by introducing (or reminding!) readers as to ways in which Indigenous populations are inclined to see their worlds, their environments, and tourism itself, today;

it will critique the fashion in which international tourism today has both culture-denying and culture-fortifying interface with Indigenous populations, notably with regard to the ways in which certain sorts of Western/Eurocentric/non-Indigenous orientation (in the opening decades of the twenty-first century) still dominate what is seen and valued through tourism; and,

it will close by offering a critical assessment of the state of health of the critical awareness that currently exists in terms of Tourism Management/Tourism Studies in many of the cultural stewardship and environmental stewardship issues, which arise in the course of the chapter. To that end, it will call for an increase in the provision of postdisciplinary schooling in Tourism Management/Tourism Studies in order to help those who work in tourism within uncertain cross-cultural scenarios become more open to the worldviews of ‘other’, ‘distant’, ‘Indigenous’, populations on revered matters of culture and nature.

Religious views of the envi...