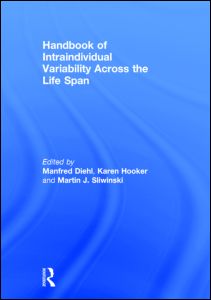 Intraindividual Variability in the Development of Motor Skills in Childhood

Handbook of Intraindividual Variability Across the Life Span

However you look at it, children’s movements are variable. Intraindividual variability is a signature component of motor development. A toddler’s foot traces a variable trajectory through the air, each shaky step is a different wobbly variant of the previous one, and the shape of the walking path varies from trial to trial. For some aspects of motor skill, intraindividual variability decreases over development: An infant’s foot trajectory becomes smoother in the course of a step, each step in a sequence becomes more similar to the last, and the walking path becomes more consistent across trials (Cheron et al., 2001; Looper, Wu, Barroso, Ulrich, & Ulrich, 2006). For other aspects of skill, variability continues or increases over development: Foot trajectory varies to clear obstacles in the path, steps vary to accommodate variations in the terrain, and the shape of the walking path varies to navigate a cluttered room (Adolph et al., 2012; Dominici, Ivanenko, Cappellini, Zampagni, & Lacquaniti, 2010). For still other aspects of motor skill, the structure of variability changes over development: In a novice walker, speed and step length vary willy-nilly from step to step, causing a random pattern of variability, but in an experienced infant walker, step length and speed increase in tandem over the sequence and step-to-step variability has a coherent structure (Badaly & Adolph, 2008).