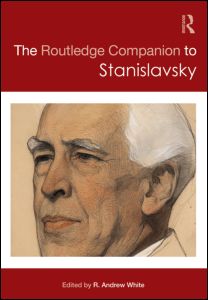 Stanislavsky, Tolstoy, and the “Life of the Human Spirit”

The Routledge Companion to Stanislavsky

The opening chapter of Stanislavsky's An Actor's Work on Himself in the Creative Process of Experiencing (1938) 1 sees the actor-in-training Kostya Nazvanov take on a scene from Shakespeare's Othello. As Kostya moves about the stage, gesturing and speaking his lines, a succession of thoughts and feelings totally at odds with the inner life of the Othello character (as it might exist, hypothetically, under the fictional circumstances of the play) passes through the young performer's mind and body:

When I stepped out of the darkness of the wings into the full glare of the footlights, the overhead spotlights, and the flood-lights from the wings, I was stunned and blinded. […] But my eyes soon became accustomed to the lights and then the blackness of the auditorium became even more frightening, and the pull of the audience even stronger. […]

After a superhuman effort to squeeze feelings out of myself and my incapacity to achieve the impossible, tension invaded my entire body, ending as cramp which gripped my face, my hands, the whole of me, paralysing all movement, all motion. […]

I had to do more physically. But I was no longer in a fit state to control my hands, legs, my gabbling, and all this was heightened by my overall tension. […] Suddenly my helplessness and my embarrassment drove me into a fury. I don't know exactly against whom, myself or the audience, but as a result I felt free of everything around me for a few minutes and I became spontaneous and bold. The famous line, “Blood, Iago, blood!” burst from me without conscious effort. […]

I had the impression that the audience pricked up its ears for a moment, and that a rustle went through it like wind through treetops.

As soon as I sensed their approval such energy boiled up inside me that I didn't know what to do with it. I was carried away by it. I don't remember how I played the end of the scene. I only remember that my awareness of the lights and the big black hole vanished, that I was free from any kind of fear, and that a new, mysterious, exhilarating life had been created for me.

The Journey of the Moscow A...

The Legacy of Stanislavsky'...