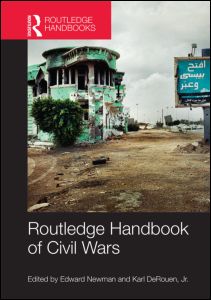 Patterns of Civil Wars in the Twenty-First Century

The decline of civil war?

The patterns of war that one sees are strongly dependent upon where one sits ideologically, the vantage point one selects, one’s focus, and the breadth of one’s field of vision. Differences in these elements have produced quite contradictory descriptions of patterns in all warfare and in civil wars as well. For instance, some researchers emphasize the enduring nature of civil war: “Since the end of World War II, civil war, not interstate was, has been the most frequent, deadly, and persistent form of armed conflict in the international system, regardless of whose count one uses” (Mason et al., 1999: 239). While others, like the Human Security Report, highlight a downward trend in both international wars since 1967 and in civil wars within the last 20 years, since the end of the Cold War (Human Security Project, 2011: 19, 61). One possible explanation for this difference in emphasis could merely be a divergence in general outlook: Does one have a glass-half-full or a glass-half-empty perspective? Yet, there are also a number of more significant reasons for these contrasting perspectives, including: differing ways in which wars in general, and civil wars in particular, are defined; the time periods utilized; and the ways in which wars are counted (war onsets, wars underway, rolling averages). Some of these differences have been addressed by Edward Newman and Karl DeRouen in their introduction to this volume. Another comparison of the disparate findings in terms of civil war onsets can be found in Dixon (2009) and for violent conflicts in Eberwein and Chojnacki (2001) and Sarkees (2003, 2004b). Rather than presenting a detailed comparison of the various civil war datasets, this chapter will briefly compare two of the major conflict data-gathering projects, the Correlates of War Project (COW) and the Uppsala Conflict Data Program (UCDP), in terms of their definitions and categorizations of war. These differences have led to contrasting ways in which the projects address the trends in war generally and civil war in particular. Recent debates in the literature have particularly highlighted the need for those who utilize conflict data to be aware of the parameters within which they were generated. In this vein, this article then presents a detailed description of the COW categorization of war and the trends that we see in civil wars.