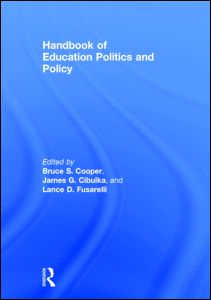 The Politics of School Finance in the New Normal Era

The great recession of 2008 ushered in the “new normal” era of school finance. According to the Center on Budget and Policy Priorities, in 2012–2013, local public school districts continued to face substantial cuts to state aid because of the impact of the great recession. Oliff, Mai, and Leachman summarize:

Twenty-six states are providing less funding per student to local school districts in the new school year than they provided a year ago. These funding cuts have been modest, but, in many states, they come on top of severe cuts made in previous years.

Some states are beginning to restore their school funding over the past year, but those restorations are, for the most part, far from sufficient to make up for cuts in past years. For example, Florida is increasing school funding by $273 per pupil this year. But that is not nearly enough to offset the state’s $569 per-pupil cut over the previous four years.

As a result, school funding remains well below prerecession levels. Thirty-five states are providing less funding per student than they did five years ago.

Seventeen states have cut per-student funding by more than 10 percent from 2008 levels.

Three states—Arizona, Alabama, and Oklahoma—each have reduced per-pupil funding to K-12 schools by more than 20 percent. (These figures, like all the comparisons in this chapter, are in inflation-adjusted dollars and focus on the primary form of state aid to local schools.) (2012, p. 1)