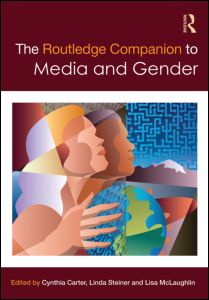 The Routledge Companion to Media and Gender

Unfortunately, one of the most obvious and historically consistent elements of gender in media is the notable pervasiveness of representations of gender-based violence (GBV). The linkages in US media representation between masculinity and violence, and between femininity and victimization, are frequently discussed and much studied. Feminist scholars have been examining such representations for several decades, since the 1970s, when groundbreaking analyses, including Laura Mulvey’s essay “Visual Pleasure and Narrative Cinema” (1975), Molly Haskell’s book From Reverence to Rape (1974), and Gaye Tuchman’s essay on “The Symbolic Annihilation of Women in the Mass Media” (1978), highlighted the hostile and violent treatment of women across many media forms, including US prime-time television and Hollywood film. Since that time, scholarship on GBV in pornography, Hollywood film, music videos, computer and video games, news coverage of sexual assault and domestic violence, and certain television genres, including soap operas, forensic and police dramas, made-for-TV movies, and reality policing programs, has become well established. Feminist scholars assert that the objectification of women in mass media not only is a pervasive problem, but also in many instances can be considered a form of violence against women. By treating female characters as objects to be observed, handled, used, abused, and even discarded, mass media encourage us to think of women and girls as less than human. Mainstream media tend to reinforce blaming of individual perpetrators and victims and to lack structural analysis and social explanations for gender-based violence, to circulate stereotypes of helpless victims, to project cultural superiority when different nations or ethnic groups are involved.

Putting gender in the mix