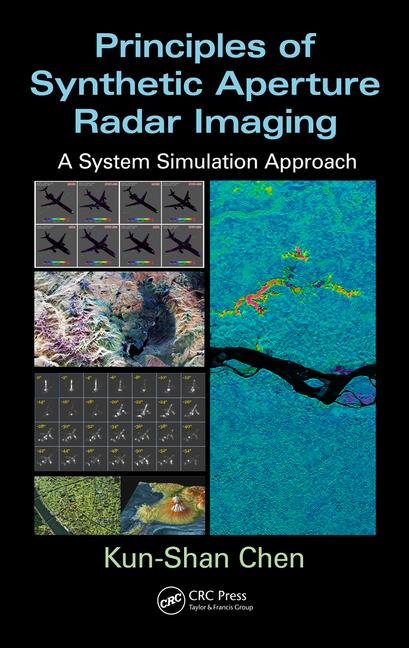 A synthetic aperture radar (SAR) sensor, by moving, is an essential element to create relative motion and thus to acquire the Doppler frequency and its rate, from which the target’s direction is determined. Together with ranging, a target’s position may be determined. Image focusing, presented in Chapter 5, is assumed with constant velocity and linear trajectory. In reality, nonlinear sensor motion results cause an image to be defocused if not appropriately accounted for in image focusing [1–9]. During the course of moving along the synthetic aperture path, the sensor motion also induces possible antenna pointing errors and introduces undesired phase variations, and subsequently causes image defocusing and blurred [7,8]. In Chapter 4, we described the SAR slant range variations due to a random and unstable flight path. Just like the coherent processing that inherently produces the speckle, the unwanted random motion–induced Doppler is embedded in the total Doppler bandwidth and is persistently unavoidable. Sometimes, depending on the sensor platform motion stability, the Doppler error is so profound that its compensation is more difficult than we thought. Hence, without compensating such an phase error in the focusing process, poor image quality is mostly likely expected. The defocusing by sensor motion can be due to the variation of tangent velocity and variation of instantaneous slant range. Because of the motion, the radial velocity between the sensor and the target being imaged also varies. Principally, the tangent velocity variation is compensated by changing the pulse repetition frequency (PRF), while the phase variations due to the line of sight (LOS) path difference between the actual and the reference path are corrected with Global Positioning System (GPS), inertial navigation system (INS), and inertial measurement units (IMU) measurements, followed by using the Kalman filter, if necessary, to smooth the position, velocity bias, and error from INS or IMU. The phase variations due to an unstable slant range may be corrected with position measured by INS and attitude measured by IMU, if the data sampling rate is sufficiently large. This type of compensation is termed data-based motion compensation (DBMC) [4,10–18]. Another commonly used technique is the so-called signal-based motion compensation (SBMC) [7,8,18–21]. In SBMC, three steps are devised: Doppler tracking and range tracking, and their compensation and correction, and autofocusing. One example is the phase gradient algorithm (PGA), which makes use of the phase increment in the azimuth direction [19,22,23] and corrects all range bins to the same Doppler (azimuth) frequency. In the range–Doppler algorithm, DBMC is carried out in raw data once it is acquired, while the second motion compensation, if desired, is executed after the range compression. As for the SBMC, generally it is done after the azimuth compression. The SBMC is regarded as higher-order correction beyond the DBMC. This chapter is devoted to demonstrating the strategy and procedure of motion compensation in the SAR image focusing chain. Instead of presenting and comparing various methods of compensation, focus is placed on a selective compensation algorithm under the framework of the range–Doppler algorithm (RDA) and chirp scaling algorithm (CSA) focusing algorithms.