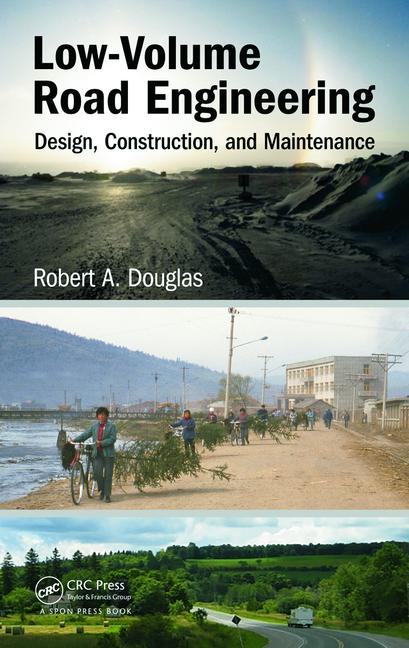 Authored by: Robert A. Douglas

There are probably thousands of classification systems. Biologists deal with the taxonomy of animals and plants. Geologists classify rocks. Geo­technical engineers classify soils. Soil scientists do too, but with different systems. Sports organizations sort teams into leagues. And so on.

There are a number of common points to be made about classification systems:

The last two points are the most important. The reasons to classify anything are to have a short-hand description, which provides a clear picture of what that thing is like, and to be able to predict how it will behave. The same is true for the classification of roads.

Functional classification systems exist for roads in developed countries, with classes such as interstate, primary, collector, and local. While LVR usually fall into the lowest one or two classes in such systems in developed countries, because of the preponderance of two- and three-wheeled vehicles, bicycles, nonmotorized traffic and pedestrian traffic, even primary roads may be classified as LVR in terms of an ADT measure that only accounts for motor vehicles.

The following sections outline the road classification systems for LVR prevalent in the United States, Canada, the United Kingdom, South Africa, and Australia.

The U.S. system is provided in the Guidelines for Geometric Design of Very Low-Volume Local Roads [3.1] known as the “Little Green Book.” Rural and urban roads with AADT less than 400 veh/day are classified according to function as shown in Table 3.1.

As shown in Table 3.2, in the Canadian system [3.2], roads are simply designated as “LVR” with the design speed appended. Eight designations are permitted. The table indicates the recommended limits for gradients, sight distances, superelevation (banking), and curve radii.

An excellent compilation of road classifications is provided in the South African Road Classification and Access Management Manual [3.4]. The manual notes the prevalence of six-class systems. The publication does not identify low-volume roads specifically, however, these would generally fall into Rural Classes 4 and 5, Collectors and Local Roads, respectively, when classed according to function (Table 3.4).

Giummarra [3.5] examined road classification systems across Australia and abroad, and found that most rural LVR fall into Class 5 of the systems in place in Australia. For LVR, he recommended subdivision of Class 5 into five more classes, as shown in Table 3.5.

All of the systems described earlier are closed systems; there is a finite set of classifications into which any road must go. Sometimes the fit is not good.

In an open system devised by Paterson et al. [3.6], the important engineering characteristics of the road are directly embedded in its classification name. The road designations have the following fields:

The system is called the AL-SAT-L system after its field names. In the system, a road classed for example as 100 kN—15 km/h—D—10 ESAL—1 would be one designed to carry a maximum axle loading of 100 kN/axle, with gradients flat enough that a speed of at least 15 km/h could be maintained. The road would be available for use during dry weather only, is designed to carry 10 ESAL/day, and would have an expected life of 1 year.

A completely open classification system results from taking the Al-SAT-L approach. Any road can be classed, and its relevant engineering characteristics can be conveyed by the classification designation. The system was designed specifically for logging roads, and although it could also be used for mining, oil sands, and oil and gas, it has never been implemented routinely.