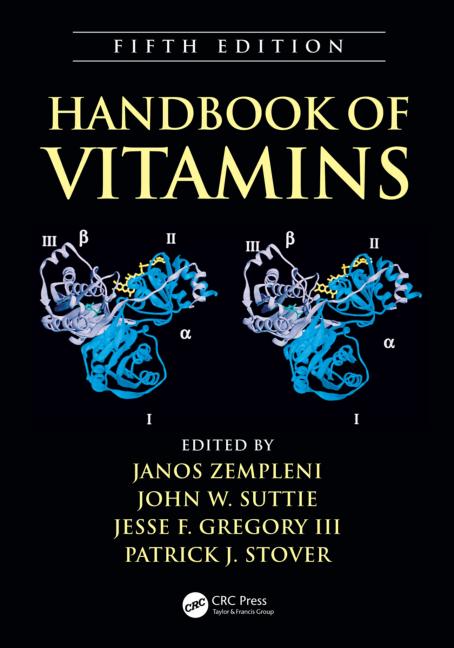 The history of the discovery of vitamin B12 is punctuated by a series of important contributions from diverse fields including human and animal nutrition, medicine, chemistry, biochemistry, microbiology, x-ray crystallography, pharmaceutical science, and, more recently, molecular biology. Scientists responsible for discovering some of the more important scientific milestones were rewarded with Nobel Prizes for their contributions. A full description of this rich tapestry of medical history intertwined with the leading edge of scientific discovery contains examples of the several threads drawn from the spools of scientific progress including insight, persistence, intuition, and serendipity, and lies beyond the scope of this chapter. However, several excellent monographs and articles have been written on the subject [1–3]. The original impetus that led ultimately to the discovery of B12 stemmed from the medical necessity to seek a cure for a mysterious and ultimately fatal disease first enigmatically described in 1855 by Thomas Addison, a physician at Guy’s Hospital in London, as “a very remarkable form of general anemia, occurring without any discoverable cause whatsoever” [1,4]. In tribute, this disease later acquired the eponym Addison’s pernicious anemia. It was only some 20 years later that it was recognized that this type of anemia was often accompanied by a variety of neurological complications. After 70 years and many fatal outcomes after Addison’s description, a group of physicians at the Thorndike Hospital in Boston made the epochal discovery that feeding a half-pound of lightly cooked liver to patients with pernicious anemia resulted in their cure. Ironically, the intuition that prompted this group to try near-raw liver was far off the mark regarding the reason for its efficacy. To quote from their 1926 description: “Following the work of Whipple we made a few observations on patients concerning… a diet… [with] an abundance of liver… on blood regeneration. The effect… [was] quite similar to that which [Whipple]… obtained in dogs. [This]… led us to investigate the value of… food rich in… proteins and iron—particularly liver—[to treat] pernicious anemia” [5]. It is now well known that Whipple’s earlier dog experiments worked because he was simply correcting iron deficiency in dogs that had been bled [6]. Moreover, since patients with pernicious anemia have lost the capacity to absorb vitamin B12 via the physiologic route, the efficacy of the liver fed to pernicious anemia patients was likely a function of two serendipitous circumstances. First, the large amount of B12 present in a half-pound of liver led to absorption of adequate B12 through a passive diffusion mechanism that allows for assimilation of 1%–2% of an oral dose, and second, the fact that liver is a rich source of folate, which would not have been destroyed by the gentle “parboiling” used to prepare Minot and Murphy’s unappetizing culinary concoction. For reasons discussed later, folate can replace the need for B12 in its role in DNA synthesis.