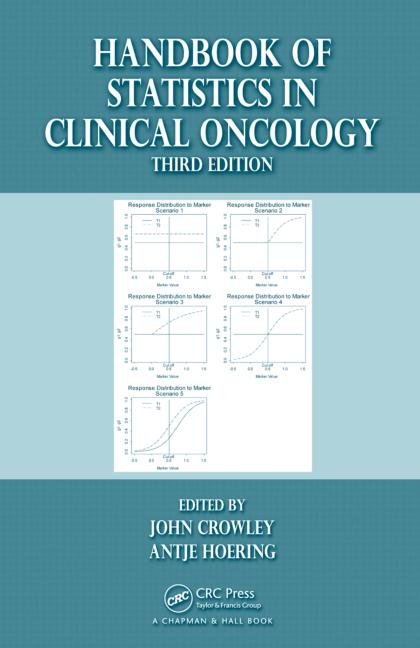 Handbook of Statistics in Clinical Oncology

Historically, dose-seeking clinical trial designs have geared toward establishing the maximum tolerated dose (MTD) of a therapeutic regimen, with safety as the primary outcome. A fundamental assumption of these designs is that of a monotone increasing dose–toxicity and dose–efficacy relationship. Based on this assumption, the highest dose found to be safe is also assumed to be the dose most likely to be efficacious (Storer, 1989). As such, determining the MTD of a new agent (or combination) was the sole goal of phase I trials. While this paradigm has been successful in oncology for cytotoxic agents, it is not always appropriate for molecularly targeted therapies, vaccines, and/or immunotherapy. Targeted therapies including monoclonal antibodies have become a major focus of oncology drug development. Agents like imatinib, bevacizumab, and trastuzumab have demonstrated clinical benefit in several cancers, whereas others like R115777, ISIS 3521, and ZD1839 have produced negative results (Gelmon et al., 1999; Harris, 2004; Parulekar and Eisenhauer, 2004). The proposed mechanisms of action for these agents during the phase I testing are not straightforward in that (1) the dose–efficacy curves are usually unknown and (2) dose–toxicity relationships are expected to be minimal. The dose–efficacy curves for these novel therapies may follow a nonmonotone pattern such as a quadratic curve or an increasing curve with a plateau. Figure 5.1 depicts three possible dose–efficacy curves for such agents, specifically a monotonically increasing dose–efficacy curve, an increasing dose–efficacy curve with a plateau, and a unimodal or parabolic dose–efficacy curve. Consider, for example, a therapeutic approach based on immunotherapy where an agent is given to a patient in an attempt to stimulate the patient’s own immune system to fight the tumor. In such cases, overstimulation of the immune system could in fact interfere with efficacy or even prove to be harmful (toxic) for the patient (Linsley, 2005). Ideally, dose-finding studies for such agents should incorporate both measures of efficacy and toxicity, and the primary aim should be to identify the biologically optimal dose (BOD) instead of the MTD.

Choosing a Phase I Design