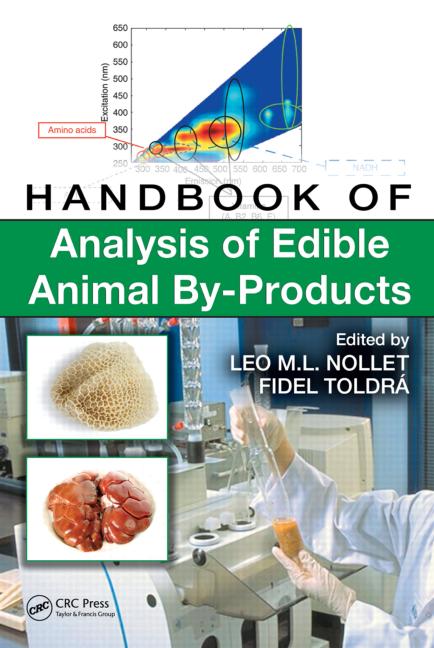 Between 45% and 50% of the entire live weight of livestock species does not enter directly into the human food chain [1]. These by-products of animal slaughter and fabrication include muscle trim and a large quantity of the carcass fat (especially subcutaneous and internal fat depots) that are not used in processed meats. In addition, many animal internal organs are included in total by-products. Altogether these by-products contain approximately 20% extractable fat. With rendering some of this extractable fat can be recovered and converted into more useful and profitable materials such as lard or tallow allowing part of this fat to reenter the human food chain [1,2].

Between 45% and 50% of the entire live weight of livestock species does not enter directly into the human food chain [1]. These by-products of animal slaughter and fabrication include muscle trim and a large quantity of the carcass fat (especially subcutaneous and internal fat depots) that are not used in processed meats. In addition, many animal internal organs are included in total by-products. Altogether these by-products contain approximately 20% extractable fat. With rendering some of this extractable fat can be recovered and converted into more useful and profitable materials such as lard or tallow allowing part of this fat to reenter the human food chain [1,2].

In addition to tissue from slaughterhouses, material for rendering also comes from restaurant grease, butcher shop trimmings, and expired grocery store meat. The quality of the rendered materials determines the fate of the finished product. This chapter will focus on the rendering of fat, its chemical composition, and its uses in the industry.

Early rendering involved the addition of water to the by-products in an open kettle or the injection of steam into a sealed autoclave. This type of process is referred to as “tanking” and could be used for both edible and inedible products [3,4]. The fat produced by this method was relatively light in color, but the increased presence of added water resulted in an elevation in the free fatty acid content reducing the quality and making the product more susceptible to oxidation. Therefore, for economic reasons dry rendering is most commonly used today.

In the past, each slaughter facility had its own steam-jacketed kettle and rendered its own fat. Although the kettle was jacketed in steam, the by-products were cooked in their own juices with no added water; therefore, this was considered a dry rendering method. Currently in the United States, there has been a general shift to centralized rendering operations that collect animal by-products and ship them to a central rendering facility. This is evident by the decline in rendering plants from 823 in 1921 to 273 in 2006 [4].

Rendering fat involves applying heat, extracting moisture and separating the fat. To accomplish this, by-products are first ground into a consistent particle size and then cooked at 115°C–145°C for up to 90 min. With the heating process, microorganisms such as bacteria and viruses are inactivated (an advantage over other waste product disposal methods). While the by-products are cooked, the jacket steam pressure must be controlled, the mixture agitated and the temperature monitored for the desired end-point. Over the years there have been advances in the uses of the rendered products, as well in the rendering methods. Today various more energy efficient, continuous processes are used to allow the re-use of process vapors to preheat or dry the materials. Filtering and bleaching systems, as well as refining equipment to remove free fatty acids, may be part of the rendering process.

Rendered fats consist primarily of the triacylglycerols. The characteristics of the rendered fat are determined by the composition of fatty acids attached to the glycerol backbone. The most abundant fatty acids of animal fat triacylglycerols are palmitic (16:0), stearic (18:0), and oleic acid (18:1n-9), typically comprising 20%–25%, 10%–30%, and 30%–55% of the total fatty acids in muscle and adipose tissue [7]. Smaller but significant quantities of myristic (14:0), palmitoleic (16:1n-7), linoleic (18:2n-6), and α-linoleic acid (18:3n-3) are contained in triacylglycerols, especially in rendered poultry fat. Lipids from ruminant tissues also contain measurable amounts of odd-chained fatty acids, branched-chain fatty acids, trans-fatty acids, and conjugated fatty acids, due to the absorption and metabolism of the products of ruminal fermentation. Virtually all Δ9 desaturase products of saturated fatty acids can be detected in triacylglycerols from animal tissues. However, with the exception of oleic acid, the concentrations of other monounsaturated fatty acids are low [8]. Lard and tallow also contains free fatty acids (primarily as oleic acid), but these must be no more than 0.5% in edible lard and 0.75% in edible tallow [2].

The composition of rendered lipids can be analyzed for total fatty acid composition; the triacylglycerol classes can be separated by silver-ion chromatography; the positional distribution of fatty acids can be quantified by specific lipase digestion; or some combination of these methods can be used to provide essentially complete information about the composition of the triacylglycerols [9–11]. However, so much detailed information about the composition of rendered fat is rarely needed, and more rapid analyses such as iodine number or detailed analysis by gas/liquid chromatography are typically performed.

Iodine number provides a rapid means of estimating the amount of unsaturated fatty acids and is a measurement of hardness/softness of the fat. Iodine number is defined as the grams of iodine that will react with 100 g of lipid. There are two primary methods for measuring iodine number, the Hanus method and the Wijs method [12], which differ primarily in their choice of iodine source. In both procedures, an extracted lipid sample is dissolved in a small amount of organic solvent, and titrated with sodium thiosulfate (Na2S2O3) until the yellow/brown color of the iodine solution becomes colorless. A starch indicator is used at the final steps to ensure complete titration. Titrated samples are compared to blanks titrated concurrently, and the difference is the amount of iodine that was taken up by the double bonds of the fatty acids.

Gas/liquid chromatography of fatty acid methyl ester derivatives of tissue fatty acids is the method of choice for quantifying fatty acids, based on its high reproducibility and relatively low cost. This is the most commonly used procedure for the analysis of the fatty acid composition of animal tissues. Identification of the various 18-carbon monounsaturated fatty acids, in addition to less abundant trans-fatty acids, has been made possible by the development of the capillary columns of up to 100 m in length (e.g., 10).

Methylation of the triacylglycerol fatty acids is prerequisite to their quantification by gas/liquid chromatography. After extraction of lipids in chloroform/methanol [13], the extracted lipids are trans-esterified in boron trifluoride under alkaline conditions at 70°C [14], which methylates only those fatty acids in ester linkage. Alternatively, trans-methylation can be conducted under acidic conditions, resulting in methylation of both glyceride-fatty acids and nonesterified fatty acids [15].

The melting point of fat is determined by chain length and the saturation of the fatty acids. Although there are several methods to measure melting point, one of the simplest is slip point [10]. After extraction of lipids and complete removal of organic solvents, the lipids are heated gently and drawn into capillary tubes. After chilling, the tubes are immersed in water and the temperature is raised gradually. The slip point (melting point) is that temperature at which the lipids begin to slip up the capillary tube.

Longer-chain fatty acids have higher melting points than shorter-chain fatty acids, and more saturated fatty acids have higher melting points than unsaturated fatty acids. Because of the abundance of stearic and palmitic acids, animal fats are typically solids at room temperature. At slightly higher temperatures (90°F–100°F), rendered pork fat will separate with a liquid upper layer and solid material in the lower layer. The solid portion is known as stearin (from the Greek for animal fat) and is composed primarily of stearic acid. The liquid portion is composed of the glycerol backbone in the form of esters with the less saturated fatty acids, primarily oleic acid, and is known as lard oil or olein (from the Latin for oil).

Rendered fat high in polyunsaturated fatty acids will react chemically with oxygen resulting in offflavors and odors known as rancidity. Oxidative rancidity is catalyzed by the presence of heat, light, salt and iron, as well as other elements. Because rancidity is not chemically defined or quantifiable, measurements of oxidation products are often used to indicate quality of the product. One such test is the peroxide value test that measures the milliequivalents (mEq) of peroxide per kilogram fat. A low peroxide value (<10 mEq) indicates a non-rancid fat. Lard and leaf lard (from pig abdominal fat) should have a peroxide value no higher than 5 to be considered high quality [2].

Rendered fats have a great deal of functionality, depending on the source of the fat and the separation techniques. Rendering allows an outlet for animal by-products that would otherwise be unusable and accumulate, creating significant economic and environmental problems. Differential rendering of fat trims that vary in melting points improves the functionality and usefulness of the rendered fat.