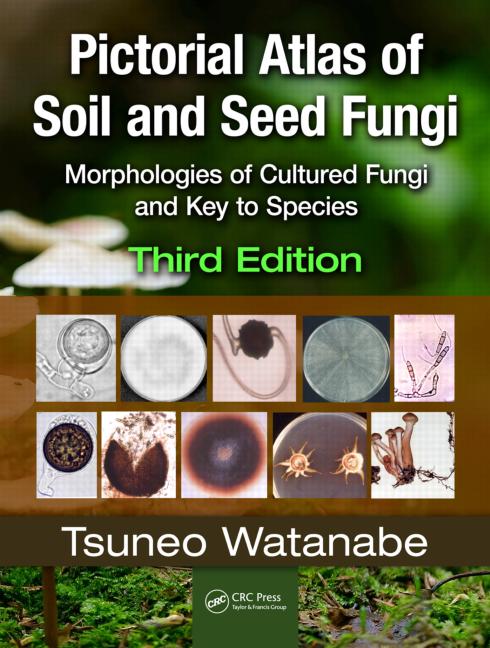 Fungus species or taxa (singular, taxon) have usually been identified on the basis of their morphological characteristics by comparison with those of the known species observed by compound microscope. The morphologies are observable through stereomicroscope and compound microscope to electron microscope. But the individual abilities or technical skills for inducing sporulation may help to achieve the proper identification.

Fungus species or taxa (singular, taxon) have usually been identified on the basis of their morphological characteristics by comparison with those of the known species observed by compound microscope. The morphologies are observable through stereomicroscope and compound microscope to electron microscope. But the individual abilities or technical skills for inducing sporulation may help to achieve the proper identification.

There are various types of spores including oospores, zygospores, ascospores, basidiospores, conidia, sporangiospores, and chlamydospores. Fungi are classified into Oomycota, Zygomycota, Ascomycota, Basidiomycota, and Anamorphic fungi (Deuteromycetes, Deuteromycetous fungi, mitosporic fungi) on the basis of these spore morphologies. Hyphae are significant for taxonomic criteria. Fungi in both Oomycetes and Zygomycetes form aseptate hyphae, but the former usually emit zoospores by soaking cultures in water, and the latter form sporangiospores. Some Basidiomycetes are readily differentiated on the basis of hyphae with clamp connections.

Fruiting structures, spores, mycelia, growing habits, and morphologies of various organs in nature and in cultures are necessary to be observed for the identification procedures under a dissecting and a compound microscope, often together with an oil lens. Specialists may identify some fungi at a glance on the basis of accumulated experience and knowledge, but the most suitable taxa/taxon may be accessed after repeated observations and the literature survey in trials and errors.

Keys must be prepared at division, class, order, family, and genus levels based on the standard and general characteristics, but may be sometimes too artificial by nature, with some exceptions. The fungus in question may be identified just following the keys, but these are not complete. Therefore, the original descriptions should be always checked and consulted, often comparing them with the type specimen; and the fungus should be identified on the basis of overall judgment.

New fungi are to be named on the basis of certain characteristic morphologies initially, but additional significant characteristics may be found or observed later. Old literature treating the fungus may be found and result in reclassification including synonyms or new combinations.

All descriptions, classifications, and names have been based on the morphologies formed in nature. However, such characteristic morphologies are just observed by culturing in some species.

Numerous heterothallic fungi are classified based on the anamorphs, but the teleomorphs artificially induced by crossing (fertilization) experiments may help to achieve a more reliable identification. Therefore, we have to get accustomed to observing morphologies formed on the hosts by artificial inoculation or fertilization experiments in culture.

The traditional binominals have been selected initially on the basis of priority, but the new names conferred by the recent molecular techniques or the names of the teleomorph recently found must be adopted later among various synonyms.

For the fungus generally without the teleomorph, namely Deuteromycetes in nature and in vitro, we can use either anamorph or teleomorph name scientifically (Rossman et al. 1990).

However, the best binominals must be selected on the basis of the individual scientific sense with future prospect, consulting recent literature. If possible, synonyms may be included in any scientific descriptions for such names.

Dimensions (length, width, thickness, etc.), numbers (spore septum, zoospore flagellum, oospore and antheridium per oogonium, oil globule per spore, ascospore per ascus, basidiospore per basidium, etc.), and shape of each organ are always recorded for mycological studies. Points and differences in the respective classes to be observed are as follows:

3.3  Fungal Taxonomy by Molecular Technique and its Future

Progressive innovation of technologies has occurred drastically, just as our writing system has changed from handwriting to typewriting to computer “softwriting.” If possible, traditional mycology may be neglected for new technologies, that is, molecular techniques for fungus identification, because some fungi have been identified to species without consulting their morphologies. In addition, the molecular techniques are quite rapid and accurate and have been efficient mostly for diagnosis, ecological works, and knowing phylogenic relationships of biological entities. However, if morphologies are observable on any substrates, this must be readily identified in the species by specialists acquainted with the fungi in concern. Even common higher plants surrounding us are unknown by most of us because of lack of knowledge and interest. A certain experience is necessary in any field. For fungal speciation, morphologies in nature have been traditionally observed, but by the progress of culture techniques, the morphologies of some fungi have been possible to form in vitro. Induction of stable morphological characteristics has made possible the new fungal speciation. Therefore, most of the fungi have been named or identified by comparison of the morphologies in vitro with those of the described species.

Stable key characteristics should be always consulted, although some morphologies and dimensions may be variable according to environmental conditions. With the development of the molecular techniques (based on rDNA base sequencing, etc.), the species of some fungi have been readily identified. However, not enough gene bank data have been accumulated. In addition, some type species to date have been lost, although scientifically recorded. The authentic materials are lacking, with no way to compare these species molecularly. For example, a few Mortierella species were rediscovered based on the morphology, even though the type specimens had been lost. Although it is not possible to obtain the authentic material for the distinct species, it is possible to rediscover them on the basis of morphologies and dimensions described in literature. Even on the systematic trees, some fungi have been close to a certain taxon, or suggested to be novel or new, but no further statement was made because of lack of morphological observation. Some new species are satisfactorily created by both molecular technique and morphological observation. For example, Phytophthora tropicalis was independently named among P. capsici and related fungi (Aragaki and Uchida 2001). Molecular techniques are essential in the modern classification system and also may approach the traditional morphological system. The traditional system for new fungal speciation may last eternally, because the traditional classification system may always be present together with the literature and record. It is often heard that two fungi in concern are morphologically identical but molecularly and physiologically different. In such case, both fungi are possibly named only by the traditional method based on morphologies. As long as morphologies of certain fungi exist and there are people interested in these morphologies, traditional fungal classification systems may be maintained continuously in future, although molecular techniques may be effective for clarifying ambiguous and vague entities to one another.

3.4  References for Fungal Taxonomy and Identification

Key to the Genera of Fungi