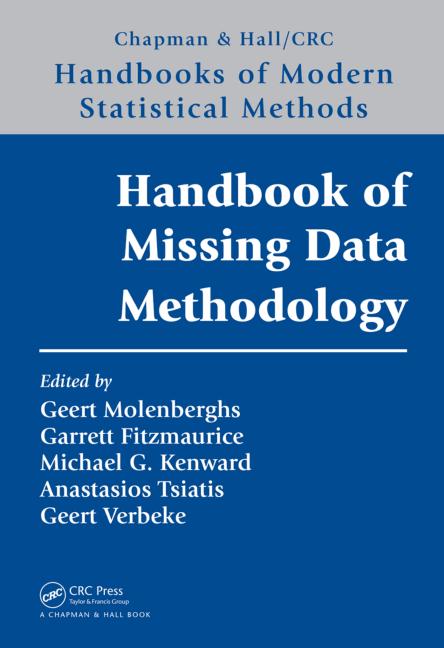 In preceding chapters, various inferential approaches based on incomplete data have been discussed. In Chapters 3 and 4, a general framework is sketched, with emphasis on likelihood, also called direct likelihood. Bayesian methods are considered in Chapter 5. Earlier chapters in Part III on semi-parametric methods use generalized estimating equations (GEE, Liang and Zeger 1986) as a vehicle for the implementation of inverse probability weighting (IPW) methods and for their doubly robust (DR) extensions. An alternative semi-parametric method is based on pseudo-likelihood (PL, le Cessie and van Houwelingen 1991, Geys, Molenberghs, and Lipsitz 1998, Geys, Molenberghs, and Ryan 1999, Aerts et al. 2002). The area is also known as composite likelihood. While GEE methods replace score equations with alternative functions, in PL, the likelihood itself is replaced by a more tractable expression. Also, in contrast to GEE, PL methods can easily account for association (Yi, Zeng, and Cook 2011, He and Yi 2011). Broadly speaking, one can distinguish between marginal and conditional PL. In the former, the likelihood for an ni -dimensional response vector is replaced by the product of all pairs (pairwise likelihood), or all triples, or all p-tuples of outcomes. In many practically relevant settings, it has reasonably good computational and statistical efficiency. In the latter, conditional, version, the likelihood contributions take the form of conditional densities of a subset of outcomes within a sequence or cluster, given another subset of outcomes. The choice of which route to take, marginal or conditional, depends chiefly on the inferential goals. For example, if three-way association is of interest, pairwise likelihood is not an appropriate choice. In addition, the choice of pseudo-likelihood function also depends to some extent on computational considerations.

A Perspective and Historica...