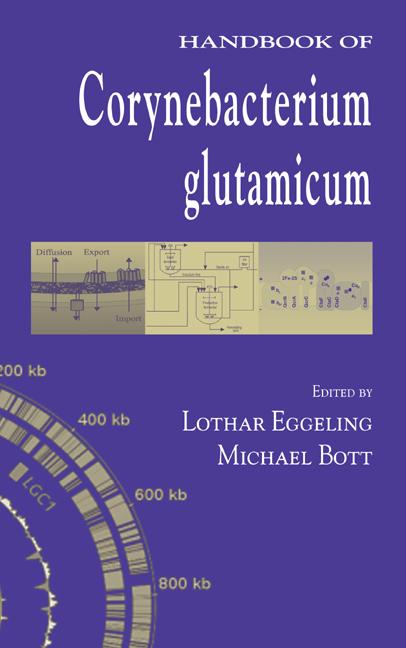 The Cell Envelope of Corynebacteria

Corynebacteria belong to a suprageneric group of Gram-positive microorganisms called Corynebacterianeae, which includes mycobacteria, nocardia, rhodococci, and other phylogenetically related bacteria. This suborder within the Actinomycetales is typified by the presence of characteristic cell wall components, which give these bacteria a distinctive cell wall architecture. A unique feature of all members of this group is the presence of long-chain α-alkyl, β-hydroxy fatty acids, the so-called mycolic acids. These fatty acids are thought to form, in addition to the plasma membrane, a second lipid bilayer close to the cell surface [17,27]. Evidence has been presented that mycolic acids play a role in determining the permeability of the cell walls of Corynebacterianeae [33,40,90]. Therefore, although Corynebacterianeae are Gram-positive bacteria whose cell envelope is composed of a plasma membrane and a peptidoglycan-based cell wall [81], they share with Gram-negative bacteria the property of forming in their cell envelope an additional outer barrier that is distinct from the plasma membrane. The existence in mycobacteria and corynebacteria of this outer membrane diffusion barrier is reinforced by the characterization of cell envelope proteins with pore-forming ability [56,64–66,76,79,96,100,115,116]. According to current models [68,72,93] the outer permeability barrier in mycobacteria is composed of a bilayer that consists of mycoloyl residues covalently linked to the cell wall arabinogalactan and other lipids extractable with organic solvents, which are arranged to form the other leaflet of the lipid bilayer. In corynebacteria, however, the number of covalently linked mycoloyl residues is reduced and the extractable trehalose mycolates are likely present in both leaflets of the outer bilayer [91]. The cell wall–linked mycolates certainly participate in this barrier since the disruption of genes that encode mycoloyltransferases in both Mycobacterium tuberculosis and Corynebacterium glutamicum causes a decrease in the amount of cell wall–bound mycolates [30,52,90], and affects the permeability of the envelope of the mutants [52,90]. Additionally, the outermost part of the cell envelope of myco-bacteria and corynebacteria consists of carbohydrate and protein with some lipid [63,83,84,91].