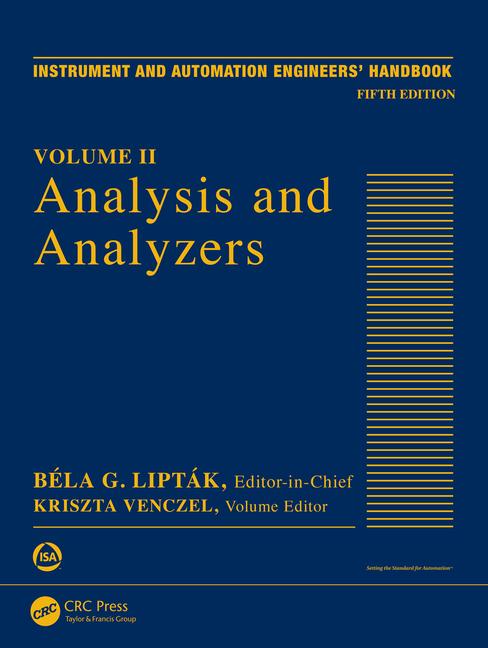 Stack gas sampling has already been discussed in Chapter 1.2 in connection with Figures 1.2ae and 1.2af. In this chapter, the emphasis will be on particulate sampling by EPA Method 5 and in that connection, the topics of traverse point locations and pitot tube designs will be emphasized.

Some stack gas samplers (Figure 1.3a) are provided with microcomputer controls and perform the sampling automatically.

is comprised of four major subsystems:

Figure 1.3b is a schematic of an EPA particulate sampling train (Method 5). As shown in the figure, the system can be readily adapted for sampling sulfur dioxide (SO2), sulfur trioxide (SO3), and sulfuric acid (H2SO4) mist (Method 8).

In these sampling packages, a microprocessor directs the automatic sampling method, which can be selected to follow U.S. EPA Method 5†

or other international methods specified by Verein Deutscher Ingenieure (VDI), British Standards Institution (BSI), or International Standards Organization (ISO). The microprocessor stores all measurements, reviews and diagnoses all inputs, controls the required parameters, calculates isokinetic conditions, and either reports the results in a printed form or transfers them to a floppy disk.

Besides the controller, such a package usually consists of a probe, a filter (hot) box, a cold box, a flexible sample line, glassware, a node box, and a monorail system. The probe is usually 0.9, 1.5, 2.1, or 3 m (3, 5, 7, or 10 ft) and made of stainless steel with a glass liner. Most probes are jacket heated and are provided with both a liner thermocouple and a stack temperature thermocouple.

This chapter will give a detailed description of each of the four subsystems: the pitot assembly, the heated and ice-bath compartments, and the control unit.

The procurement of representative samples of particulates suspended in gas streams demands that the velocity at the entrance to the sampling probe be precisely equal to the stream velocity at that point. This is accomplished by regulating the rate of sample withdrawal so that the static pressure within the probe is equal to the static pressure in the fluid stream at the point of sampling.

A pitot tube of special design is used for such purposes with means for measuring the pertinent pressures. The pressure difference can be maintained at zero by automatically controlling the sample draw-off rate. Figure 1.3c shows a pitot tube manometer assembly for measuring stack gas velocity.

The Type S (Stauscheibe, or reverse) pitot tube consists of two opposing openings: one made to face upstream and the other downstream during the measurement. The pressure difference detected between the impact pressure (measured against the gas flow) and the static pressure is related to the stack velocity.

Type S Pitot and the Sampling Probe: Figure 1.3d illustrates the construction of the Type S pitot tube. The external tubing diameter is normally between 3/16 and 3/8 in. (4.8 and 9.5 mm). As can be seen, there is an equal distance from the base of each leg of the tube to its respective face-opening planes. This distance (PA and PB) is between 1.05 and 1.50 times the external tube diameter. The face openings of the pitot tube should be aligned as shown.

Fig. 1.3e   Proper pitot tube with sampling probe nozzle configuration to prevent aerodynamic interference. (a) Bottom view: minimum pitot nozzle separation. (b) Side view: to prevent pitot tube from interfering with gas flow streamlines approaching the nozzle, the impact pressure-opening plane of the pitot tube shall be even with or above the nozzle entry plane.

Figure 1.3e shows the pitot tube in combination with the sampling probe. The relative placement of these components eliminates the major aerodynamic interference effects. The probe nozzle is of the bottom hook or elbow design. It is made of seamless 316 stainless steel or glass with a sharp, tapered leading edge. The angle of taper should be less than 30°, and the taper should be on the outside to preserve a constant internal diameter (ID).

For probe lining of either borosilicate or quartz glass, probe liners are used for stack temperatures up to approximately 482°C (900°F); quartz liners are used for temperatures between 482°C and 899°C (900°F and 1650°F). Although borosilicate or quartz glass probe linings are generally recommended, 316 stainless steel, Incoloy, or other corrosion-resistant metal may also be used.

Selecting the Sampling Point: The specific points of stack sampling are selected to ensure that the samples collected are representative of the material being discharged or controlled. These points are determined after examination of the process of the sources of emissions and their variation with time.

In general, the sampling point should be located at a distance equal to at least eight stack or duct diameters downstream and two diameters upstream from any source of flow disturbance, such as expansion, bend, contraction, valve, fitting, or visible flame. (Note: This eight and two criterion is adopted to ensure the presence of stable, fully developed flow patterns at the test section.) For rectangular stacks, the equivalent diameter is calculated from the following equation:

The cross-sectional layout and location of traverse points are as follows:

The pitot tube is calibrated by measuring the velocity head at some point in the flowing gas stream with both the Type S pitot tube and a standard pitot tube with a known coefficient. Other data also needed for calculation of the volumetric flow are stack temperature, stack and barometric pressures, and wet-bulb and dry-bulb temperatures of the gas sample at each traverse.

Table 1.3a   Location of Traverse Points in Circular Stacksa

Table 1.3b gives the equations for converting pitot tube readings into velocity and mass flow, and a typical data sheet for stack flow measurements.

Sampling Velocity for Particle Collection: Based on the range of velocity heads, a probe with a properly sized nozzle is selected to maintain isokinetic sampling of particulate matter. As shown in Figure 1.3h, a converging stream will be developed at the nozzle face if the sampling velocity is too high. Under this subisokinetic sampling condition, an excessive amount of lighter particles enters the probe.

Because of the inertia effect, the heavier particles, especially those in the range of 3 µm or greater, travel around the edge of the nozzle and are not collected. The result is a sample indicating an excessively high concentration of lighter particles, and the weight of the solid sample is in error on the low side. Conversely, portions of the gas stream approaching at a higher velocity are deflected if the sampling velocity is below that of the flowing gas stream.

Under this superisokinetic sampling condition, the lighter particles follow the deflected stream and are not collected, while the heavier particles, because of their inertia, continue into the probe. The result is a sampling indicating high concentration of heavier particles, and the weight of solid sample is in error on the high side.

To measure the concentration of particulate matter, the sampling time for each run should be at least 60 min, and the minimum volumetric rate of sampling should be 30 dry scfm (51 m3/hr).

As shown in Figure 1.3b, the probe is connected to the heated compartment that contains the filter holder and other particulate-collecting devices, such as cyclone and flask. The filter holder is made of borosilicate glass, with a frit filter support and a silicone rubber gasket.

The compartment is insulated and equipped with a heating system capable of maintaining a temperature around the filter holder during sampling at 120°C ± 14°C (248°F ± 25°F), or such other temperature as specified by the EPA. The thermometer should measure temperature to within 3°C (5.4°F). The compartment should be provided with a circulating fan to minimize thermal gradients.

The ice-bath compartment contains a number of impingers and bubblers. The system for determining stack gas moisture content consists of four impingers connected in series, as shown in Figure 1.3b. The first, third, and fourth impingers are of the Greenburg–Smith design.*

As shown in Figure 1.3b, the control unit consists of the system’s vacuum pump, valves, switches, thermometers, and totalizing dry gas meter. This system is connected by a vacuum line to the last Greenburg–Smith impinger. The pump intake vacuum is monitored with a vacuum gauge just after the quick disconnect.

A bypass valve parallel with the vacuum pump provides fine control and permits recirculation of gases at a low sampling rate so that the pump motor is not overloaded. Downstream from the pump and bypass valve are thermometers, a dry gas meter, and calibrated orifice and inclined/vertical manometers.

The calibrated orifice and inclined manometer indicate the instantaneous sampling rate. The totalizing dry gas meter gives an integrated gas volume. The average of the two temperatures on each side of the dry gas meter gives the temperature at which the sample is collected. The addition of atmospheric pressure to orifice pressure gives meter pressure.

In the automatic sampling train (AST) packages (Figure 1.3i), a microprocessor stores all measurements, reviews and diagnoses all inputs, controls the required parameters, calculates isokinetic conditions, and either reports the results in a printed form or transfers them to a floppy disk.

The measured variables include the temperatures of the stack, probe liner, filter box, condenser outlet, and dry gas meter (Figure 1.3j). The pressures are detected by an absolute and a differential pressure transducer and are used to measure the pressure of the stack gas, the barometric pressure, and the velocity pressure of the stack gas. The normal capacity of the vacuum pump that draws the sample is 0.75 cfm (21 l/min), and the dry gas meter has an operating range of 0.1–1.5 cfm (2.8–42 l/min).

The node box provides the interface between the filter box and the cold box by measuring the temperatures in both. It measures and stores the temperature, pressure, and velocity in the stack. The monorail eliminates the need for bulky supports.

The umbilical cord is an integrated multiconductor assembly containing both pneumatic and electrical conductors. It connects the two-module sampling unit to the control unit, as well as the pitot tube stack velocity signals to the manometers or differential pressure gauges.

Fig. 1.3j   The components of an automatic stack train. (Courtesy of Thermo Andersen.)

Sampling for Gases and Vapors

Some commonly used components in stack sampling systems are illustrated in Figure 1.3k. If ball-and-socket joints and compression fittings are used, any arrangement of components is readily set up for field use. The stack sampling components are selected on the basis of the source to be sampled, the substances involved, and the data needed.

A summary of sampling procedure outlines was developed by industrial hygienists*

for specific substances. The procedural outlines serve as a starting point in assembling a stack sampling system, after consideration has been given to the complications that might arise because of the presence of interfering substances in the gas samples.

When specifying stack sampling systems, it is advisable to attach the Pitot Tube calculations that have been made for the system. To show these calculations, the form on the next page can be used.

The total sampling system can be specified by filling out the form Figure 1.2b, while the specification forms, found on the next 2 pages, ISA 20A1001 and ISA 20A1002 can be used to specify the combination of the analyzer and its sampling system. These forms are reproduced with the permission of the International Society of Automation.