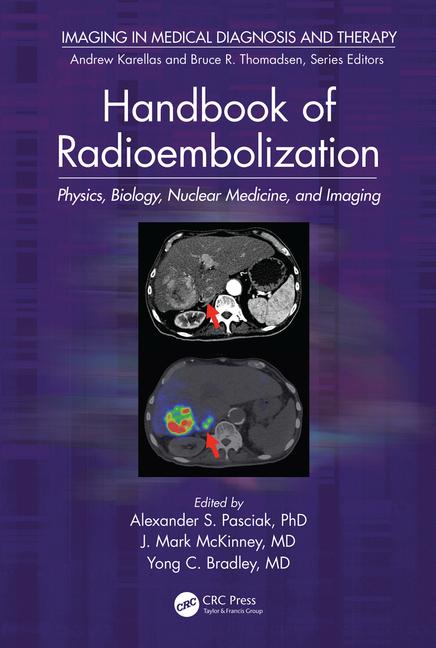 Treatment planning part I: Vascular considerations associated with safety and efficacy in radioembolization

Treatment planning part I: Vascular considerations associated with safety and efficacy in radioembolization

Yttrium-90 (90Y) radioembolization is delivered via arterial supply to the liver. Hepatic neoplasms receive greater than 80% of their perfusion from the hepatic arteries, while the normal hepatic parenchyma receives the majority of its blood supply from the portal vein. This differential blood supply allows for the arterial delivery of relatively large radiation doses to the tumor with relative sparing of normal liver parenchyma (Welsh et al., 2006). 90Y radioembolization for primary and/or secondary neoplasms of the liver necessitates a thorough understanding of hepatic arterial anatomy to ensure safety and efficacy. The interventionalist must be aware that variations in the arterial supply to the liver are common and that these anatomic variations affect both hepatic lobes.

The arteries perfusing the liver also supply many other important visceral structures including the stomach, duodenum, esophagus, pancreas, gallbladder, and abdominal wall. Consideration must be given to protection against nontarget embolization of these extrahepatic visceral structures. Nontarget embolization is avoided during radioembolization with several techniques, such as adjusting the catheter tip location, employing antireflux catheters, and/or using protective embolic redistribution of arterial flow.

Arterial delivery of 90Y radioembolization requires both training and experience because anatomic treatment decisions are often complex and can be complicated by anatomic variations, extent of disease, and prior treatments. This chapter is not meant to cover every detail of all vascular aspects related to radioembolization, but rather it is meant to provide an overview that can be appreciated and understood by all members of the radioembolization team.

Interventionalists have the option to approach the hepatic arterial supply via a femoral or radial artery. Femoral artery access is historically the most common access point for diagnostic and therapeutic arterial interventions. However, with the advances of lower profile catheters and the desire to improve patient satisfaction and comfort with early ambulation, radial artery access has become the favored access point for many interventionalists. Prior to radial artery puncture, patency of the ulnar artery and collateral supply through the palmar arch is confirmed utilizing a Barbeau test (Barbeau et al., 2004). The risk of radial artery spasm and thrombosis is mitigated via intra-arterial infusion of heparin, verapamil, and nitroglycerin (Bishay et al., 2014). A Glidesheath is also utilized to minimize trauma to the radial artery. Approaching the celiac artery from a radial artery approach may have anatomic advantages during celiac and hepatic arterial catheter placement. Potential disadvantages to radial artery access include the need to utilize longer catheter delivery systems and ergonomic challenges for the operator.

The right gastric artery (RGA) frequently arises from LHA, PHA, gastroduodenal artery (GDA), or common hepatic artery (CHA) (VanDamme and Bonte, 1990; Liu et al., 2005). Because both RGA and LGA perfuse the lesser curvature of the stomach, it is important to identify the RGA origin. RGA is characteristically small in caliber and may have a sharply angulated origin that makes selective catheterization challenging. When the RGA origin cannot be identified, it is frequently evaluated via a left gastric arteriogram (Figure 3.3).

The cystic artery perfuses the gallbladder and typically originates from the proximal RHA. Clinical symptoms from radioembolic cholecystitis can occur but are usually self-limiting.

Some posttreatment examples of 90Y nontarget embolization through extrahepatic arteries are shown in Chapter 13, associated with clinical sequelae discussed in Chapter 14.

Diffuse or focal vascular disease may be a complicating factor regardless of whether the interventionalist utilizes a femoral or radial arterial approach. Severe peripheral vascular disease with atherosclerotic stenosis of the aorta or iliac arteries may require a contralateral femoral artery approach or radial artery approach. Prior to choice of arterial access, the interventionalist should also be aware of the patient’s prior surgical history, which may include aortic, iliac, femoral, or upper extremity surgical grafts.

Consideration must be given to extrahepatic arterial pathways that may be recruited and parasitized for perfusion of Intrahepatic neoplasms. Characteristics that increase the likelihood of parasitization include peripheral and large tumors and prior hepatic arterial embolization (Abdelmaksoud et al., 2011).

The RGA is at a particular risk for nontarget radioembolization due to its proximity to typical radioembolization catheter tip locations. The RGA originates from either the LHA, PHA, GDA, or CHA (Covey et al., 2002; Lee et al., 2012). The RGA is often very small in caliber and has a sharply angulated origin. When technically possible, the RGA is directly accessed via a coaxial microcatheter and its origin is coil embolized. When the RGA cannot be identified or accessed directly, it may be successfully approached via retrograde access from the LGA. An access catheter is seated in the LGA origin, and a coaxial microcatheter is advanced along the communicating artery from the left gastric to the RGA origin where coils are carefully deposited. If 90Y catheter tip delivery does not pose a risk to the RGA, then coil embolization is not necessary (Hamoui et al., 2013a, 2013b).

Coil embolization is also applied when esophageal or gastric branches are identified as originating within the Intrahepatic arterial supply. Branches to the esophagus and stomach may originate from the LHA and are embolized to prevent nontarget embolization (Figure 3.5).

Hepatopulmonary shunting may lead to nontarget pulmonary embolization and must be recognized during planning and treatment with 90Y radioembolization. Hepatopulmonary shunt fraction is usually evaluated with a test dose of technium-99m microaggregated albumin (99mTc-MAA) during the arterial planning phase of 90Y treatment, as described in Chapter 4. Arteriovenous shunting into the hepatic veins and portal veins is common with liver tumors (Figure 3.9) (Sugano et al., 1994; Chan et al., 2010). 90Y microspheres can travel to the pulmonary arterial bed via the hepatic and portal veins. Excessive hepatopulmonary shunting with 90Y microspheres may in rare cases lead to radiation pneumonitis. Radiation pneumonitis manifests clinically with nonspecific symptoms of fever, nonproductive cough, and dyspnea. Radiation pneumonitis is radiographically suggested as peribronchial cuffing on chest imaging (Graves et al., 2010) and as a restrictive pattern on pulmonary function testing. Treatment is inhaled and/or systemic corticosteroids (Leung et al., 1995). Ultimately, radiation pneumonitis can lead to debilitating chronic disease.

Because of the potential risks of an elevated pulmonary shunt fraction leading to radiation pneumonitis, manufacturers have released guidelines for 90Y microspheres. The resin 90Y microsphere training manual guidelines by Sirtex Medical (North Sydney, Australia) recommend a lung radiation dose limit of 25Gy per treatment session, not to exceed a 50Gy cumulative dose. For glass 90Y microspheres, the package insert by BTG International (West Conshohocken, Pennsylvania) recommends an upper limit of 16.5 mCi delivered to the lungs. Ho et al. (1997) also recommend restricting the lung radiation absorbed dose to <30 Gy. Dose reductions for an elevated hepatopulmonary shunt fraction have been shown to result in reduced efficacy of 90Y radioembolization therapy (Garin et al., 2015; Lam et al., 2015). However, studies have shown that the risk from an elevated hepatopulmonary shunt fraction is very low. In one series, no patients were found to have radiation pneumonitis with a cumulative lung dose >30 Gy (Salem et al., 2008). Additional considerations associated with hepatopulmonary shunt will be discussed in Chapter 4.

Ward et al. (2015) now recommend that if the expected lung dose is <30 Gy, no shunt mitigation is required. For expected lung dose >30 Gy, catheter-based techniques can be utilized without delay to minimize nontarget radioembolization to the pulmonary arterial bed (Ward et al., 2015).

Late complications of 90Y radioembolization include gastrointestinal ulceration, cholecystitis, pancreatitis, biliary injury, and radiation-induced liver disease (Hamoui and Ryu, 2011), as well as pneumonitis. Gastrointestinal ulceration typically presents weeks after radioembolization as refractory abdominal pain, nausea, and vomiting. Gastrointestinal symptoms may be treated with proton pump inhibitors and sucralfate. Endoscopy may be utilized to confirm the diagnosis of ulceration. Biopsy of the ulcers will often show microspheres in the biopsy specimen.

Biliary sequelae following 90Y radioembolization are usually clinically inconsequential. As with other liver-directed therapies, biliary complications are seen more commonly with secondary neoplasms than with hepatocellular carcinoma. Potential biliary complications included stricture formation, obstruction, biloma, cholecystitis, hepatic abscess, and serum bilirubin toxicity. Patients are often asymptomatic, even with imaging evidence of biliary complications. Treatment for biliary sequelae is based on clinical presentation and may include antibiotics, percutaneous drainage of fluid collections, biliary decompression, and cholecystectomy (Atassi et al., 2008). Additional discussion of the late complications of radioembolization, including identification using advanced imaging techniques, can be found in Chapters 13 and 14.

Tumor growth and spread is known to be driven by a complex interplay of proangiogenic and antiangiogenic cytokines (Bergers and Benjamin, 2003). Since some patients experience early tumor recurrence following 90Y radioembolization, it is important to consider the role that cytokines may play. Vascular endothelial growth factor (VEGF) levels are known to be associated with suboptimal outcomes in primary and secondary liver neoplasm. In addition, VEGF is associated with hepatocellular carcinoma disease stage, presence of metastasis, vascular invasion, treatment response, and overall survival (Xiong et al., 2004; Sergio et al., 2008). Carpizo et al. (2014) found that VEGF, angiopoietin-2 (Ang-2), platelet-derived growth factor subunit BB (PDGF-BB), and other nonclassic cytokines were temporally associated with 90Y radioembolization. They observed spikes in the cytokine baseline values as sampled following first- and second-stage 90Y radioembolization treatment episodes. This evidence suggests that 90Y radioembolization has the potential to upregulate angiogenic cytokines. When overall survival (OS) is evaluated in association with cytokine release, there is correlation between shortened OS and temporal spikes in VEGF, Ang-2, and PDGF-BB. These cytokines appear to affect OS by promoting angiogenesis. It is plausible that some patients might benefit from antiangiogenic therapy administered before 90Y radioembolization (Carpizo et al., 2014).

Vascular considerations are an important part of 90Y radioembolization planning and therapy. From choosing arterial access to understanding and planning for variations of normal hepatic arterial anatomy, considerable thought must be given to each specific patient’s situation. Unexpected complicating factors such as stenotic or occluded celiac access, extrahepatic arterial communications, parasitized arterial perfusion, and hepatopulmonary shunting are frequently encountered. Techniques such as coil embolization, antireflux catheters, and dose modifications allow for safe and efficacious delivery of yttrium-90 to primary and secondary hepatic neoplasms.