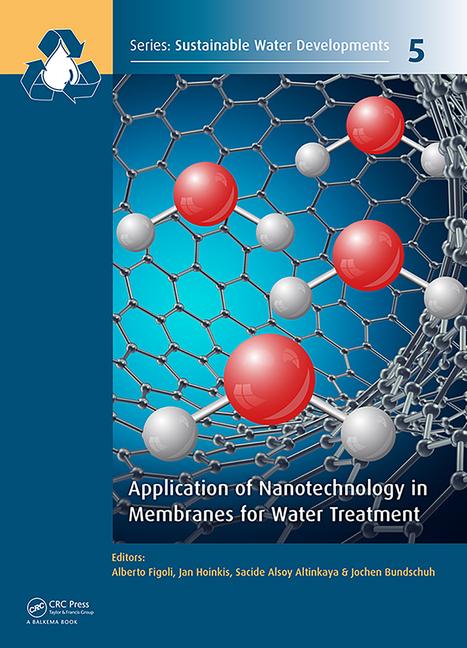 Application of Nanotechnology in Membranes for Water Treatment

Heterogeneous photocatalysis based on oxide semiconductors is a promising technique for the prevention of microbial proliferation and to limit the growth of microorganisms. Among the studied photocatalysts, titanium dioxide (TiO2) represents one of the most interesting materials, due to its low cost, biocompatibility, chemical and thermal stability, and notable optical and dielectric properties. It exists in three polymorphic forms: rutile, which is the most stable form, anatase and brookite, both of which are metastable and convert into rutile upon heating. TiO2 nanoparticles can be efficiently obtained via different synthesis techniques, such as sol-gel, sol, hydrothermal, solvothermal, direct oxidation, chemical or physical vapor deposition, microwave, and reverse micelle methods, which offer the possibility to obtain well-controlled nanoparticle size and morphology. In the different TiO2 applications, its antimicrobial action has attracted a lot of attention in the last few decades. Particularly promising are the hybrid or mixed matrix TiO2− polymeric membranes, which allow separation and simultaneous photocatalytic reaction, without requiring any catalyst recovery operation. Several works have been published on the efficiency of the hybrid inorganic-organic membranes as antimicrobial systems, for bacteria, viruses, fungi and algae disruption. The TiO2 incorporation in/on the polymeric membrane also allows the reduction of fouling and at the same time highly improves water permeability and self-cleaning ability.