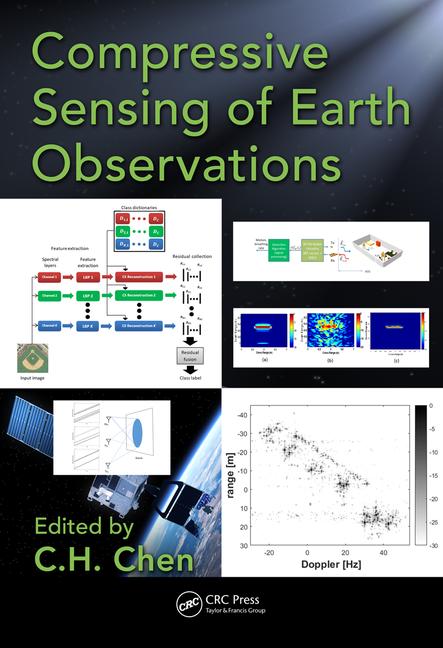 Compressive Sensing on the Sphere: Slepian Functions for Applications in Geophysics

Signals are inherently defined on the sphere S 2 in a large number of applications found in various branches of science and engineering, including, but not limited to, geophysics [1–3], planetary science [4], medical imaging [5], cosmology [6], and acoustics [7]. In these applications, the measurements of the signal are either unavailable over the whole sphere, or the estimate of the signal is required to be localized to a spatially limited region R ⊂ S 2 . In this context, the problem that arises is to estimate the signal on the sphere from noisy measurements acquired over the spatially limited region. This estimation (inversion) problem is inherently ill-posed (ill-conditioned) and therefore, in general, impossible to stably estimate the signal. Conventionally, the estimation is carried out in spherical harmonic domain employing regularized inversion such as damped least-squares approach [2], where the damping is introduced to stabilize the estimation of the signal but at the cost of added bias. Spherical harmonic functions (or spherical harmonics) serve as complete orthonormal basis for functions defined on the sphere. The ill-conditioning of the estimation problem in spherical harmonic domain is because the spherical harmonics are global (defined on the whole sphere) basis and are not orthogonal over the spatially limited region. Alternatively, the use of functions that are orthogonal simultaneously over the spatially limited region and whole sphere and serve as complete basis is more suitable for modeling of the signal and/or measurements over the spatially limited region. Such basis functions arise as a solution for Slepian spatial spectral concentration problem on the sphere [1,8,9] and are designed to have their energy maximally (or optimally) concentrated inside the region R. These basis functions, referred to as Slepian basis or Slepian functions, are band-limited in spherical harmonic domain, orthogonal over the whole sphere S 2 and region R, and serve as complete basis for the representation of band-limited signals on the sphere. Exploiting these characteristics, Slepian functions on the sphere have been used for localized spectral and spatial analyses [10–12], signal estimation from incomplete measurements [13,14], and sparse and efficient representations of spherical signals in a wide range of applications found in geophysics [8,12,15], cosmology and planetary studies [16,17], optics [14], and computer graphics [18], to name a few.