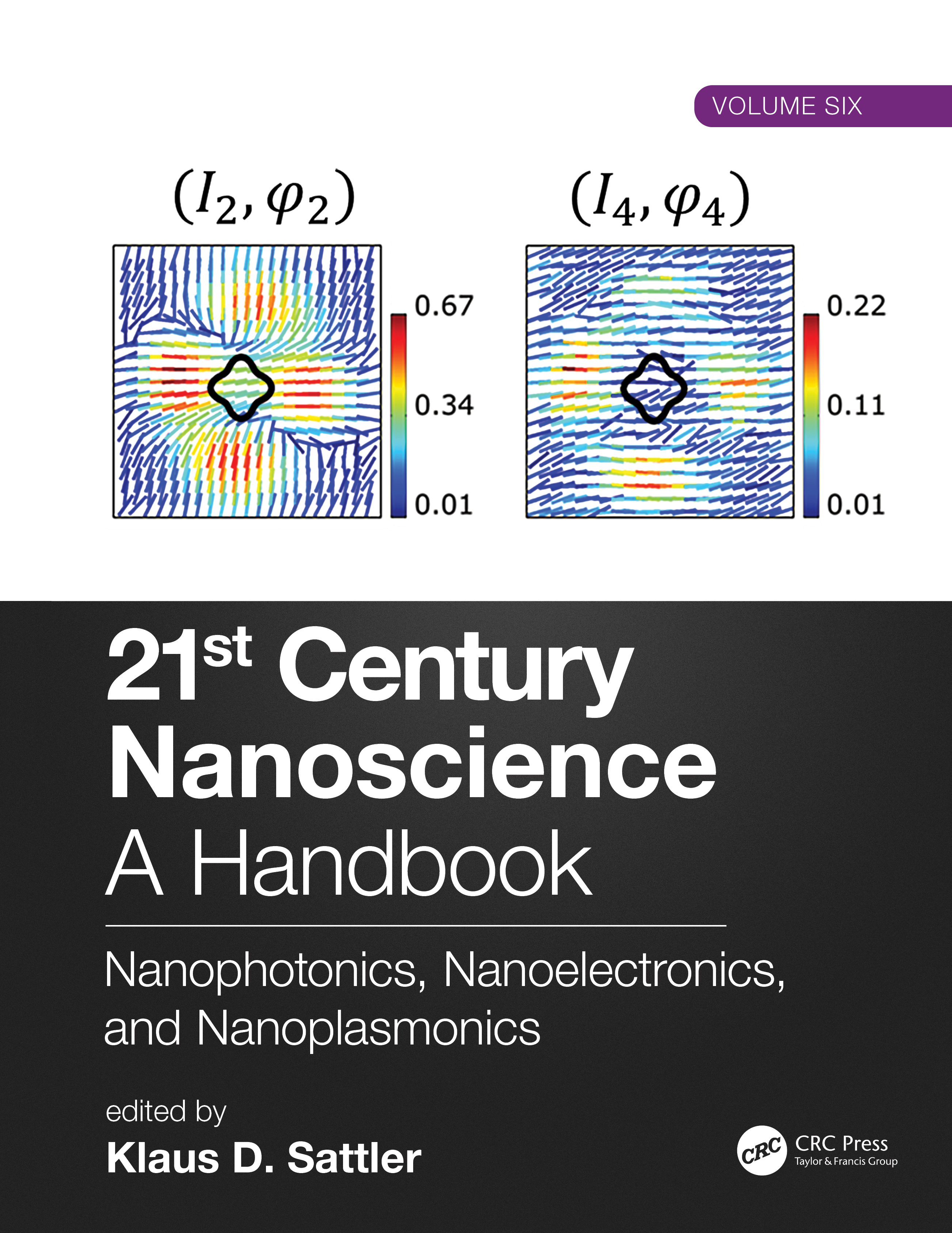 Since the 1960s, the density of components on silicon chips has doubled approximately every 18 months, following a trend known as Moore’s law after Intel’s cofounder Gordon Moore, who predicted the phenomenon. Silicon-based transistor manufacturing has now reached the sub-10nm scale, heralding the limit of Moore’s law and stimulating the development of alternative switching technologies and host materials for processing and storing bits of information. Quantum bits, or “qubits,” are at the heart of quantum computing, an entirely different paradigm in which information is encoded using the superposition states of individual quanta. Ideally, the charge and spin degrees of freedom of a single electron trapped in quantum dots (QDs) are nature’s candidates of qubits for use in quantum computing operations. To reach this goal, tremendous efforts have been dedicated to study the transport properties of QDs made from semiconductors, such as GaAs and silicon, and, more recently, graphene and other two-dimensional (2D) materials [1-6]. One important parameter in quantum computing is the quality factor defined by Q = T 2 * / t G , where T 2 * is the decoherence time and tG is the gate operation time. A good quantum computing system requires a long decoherence time and a short gate operation time, thus many calculations can be performed before the informationis lost. Although the high mobility (clean) and light effective mass (allowing for wider gate separation, hence relatively easy fabrication) in GaAs-based QDs haveenabled the rapid development of spin qubits [7], the strong nuclear field limits the spin decoherence time ( T 2 * ≈ 10 - 100 ns), making this material less ideal for upscaling. The QDs fabricated in isotopically purified silicon (28Si) do not suffer from the nuclear field and have shown a sufficiently long spin decoherence time ( T 2 * ≈ 0.12 ms) [8,9], but the number of entanglement is hindered bythe fabrication difficulty (shorter gate separation required) resulted from the heavy effective mass in silicon. While research on these materials is ongoing, 2D materials such as graphene and transition metal dichalcogenides (TMDs) have attracted considerable attention over the past few years because of their novel electronic properties [10,11]. Graphene is expected to be a robust material for spintronics owing to its weak spin-orbit and hyperfine interactions. Over the last decade, attempts to confine and manipulate single charges in graphene quantum dots (GQDs) have been widely studied and reported, as noted in several review articles [12-16]. However, early studies of GQDs on SiO2 have indicated an absence of spin-related phenomena, such as spin blockade and the Kondo effect. To reduce the substrate disorder, which is one of the major sources of fast spin relaxation, recent efforts have been focused on GQDs on atomically flat substrates [e.g., hexagonal boron nitride (hBN)]. Nevertheless, the edge disorder may still play a role; hence, no significant differences compared with studies on SiO2 have been reported either. Other 2D materials, such as 2H-TMDs, exhibit direct bandgap in monolayer form and are promising for switch applications due to the high current on/off rates in their transistors. In addition, the absence of inversion symmetry and the existence of strong spin-orbit coupling (SOC) in monolayer 2H-TMDs allow the charge carriers to be simultaneously valley- and spin-polarized, providing more degrees of freedom that can be controlled as qubits. On the other hand, 1T′ phase TMDs possess a completely different band structure compared with their 2H phase family. They are semimetal in bulk but become 2D topological insulators (TI) in the monolayer form. These insulators hold promise for hosting Majorana zero modes, which are topologically protected and form the core element for performing fault-tolerant quantum computing at the hardware level. In this chapter, we aim to provide an overview of experimental studies that are relevant to the development of various qubits in 2D materials. We supply the entry-level knowledge for this field by first introducing the fundamental properties of various 2D materials and nanostructures followed by a selection of experimental studies. We discuss the transport properties of graphene nanodevices fabricated on both SiO2 and hBN substrates at low temperatures and under high magnetic fields. Our primary focus is the single-electron tunneling regime in transport. In the second part, our focus will be directed to 2H-TMD nanostructures. We review recent developments in the fabrication and understanding of the electronic properties of these 2D nanostructures, including MoS2 nanoribbons, WSe2 single QDs (SQDs), and MoS2 double QDs(DQDs). In the third part, we extend our discussion to 2D material-based Josephson junctions (JJs) and their potential applications in quantum computing. Finally, we review the quantum spin Hall (QSH) edge states observed in monolayer 1T’-TMDs, which combined with superconductor, could be useful for probing Majorana zero modes. In the summary, we outline how future work should pursue the development of various qubits in 2D materials.